Asking a politician to abjure politics is like telling a dancer not to tap his feet to the music – a physical impossibility. Expectedly PM Modi used the April 14 COVID update to pay his respects to Baba Saheb Ambedkar whose birthday it was – illustrating the proclivity of BJP managers to red flag branding opportunities well ahead of others.

This also provided an easy segue into an averment that the poor of India were the only family the PM had – which is true. He lives only for his work and doesn’t have a “family” family.

To be fair, PM Modi has moved considerably to the center and often to the far left – by growing the public sector – very different from the private industry and business friendly Gujarati politician he once was.

Today, he is a modern-day Shravan Kumar gingerly balancing the heavy load of stone-age business friendly politics on one shoulder with the intolerable burden of doing stuff for India’s burgeoning poor.

The former – or at least the over leveraged ones – are expected to wither away with bankruptcies multiplying post COVID. The latter are expected to increase significantly due to the triple whammy of an already slowing economy since last year; the COVID stagnation and the expected longish global slowdown as business bankruptcies soar and tax resources for bailouts dwindle.

Why then the extension of the lock down till May 3? Reasons – not very good ones, abound. The PM put forward the case that Indian lives matter more than the economy. A safe, well-meaning, WHO type, low human-risk approach. Who can argue with that? On January 30 when the first confirmed case was reported in Kerala there were 2000 cases globally. Today around 1000X more people are affected globally. But the confirmed cases in India are 10,000X– an order of magnitude increase in the proportion of Indian cases versus global cases.

Links between lock down and saving lives not obvious

The PM preferred to instead dwell on India’s better performance in confirmed cases and deaths versus the developed countries of the World. There is truth in that.

Confirmed cases have increased possibly because of ramped up testing

But statistics like beauty can be dodgy and self-serving. India does worse than the rest of the World on slowing the rate at which confirmed cases have increased during the last ten days. Confirmed cases globally on April 13 were 2.3X of the cases on April 3 – ten days earlier. For India the ratio is higher 3.4X. But this could also be because testing has been only recently stepped up significantly in India – a mere statistical effect not conclusive evidence of uncontrolled spread.

Our death rate – the ratio of confirmed cases which have died since the first confirmed case is much lower at 3% versus 6% globally, despite our less than adequate specialized medical facilities. But we must remember that we were late starters. On January 30 this year when the first case was detected in India globally there were already 9692 cases. This is an argument for extending the period of lock down till we have crested the curve.

Sadly however, even though our pool of confirmed cases and total deaths are much smaller, our death rate has accelerated over the last ten days (April 3 to 13) by 4.2X versus the world at 2.8X. This reflects the lack of access to dispersed specialized life-saving facilities.

Only urban India is “locked down” rural areas remain free

Also, India is not really in a lock down except in the large cities. Most certainly, rural India is not in lock down. The wheat harvest has been threshed substantially, significant quantities of vegetables and fruit are traded every day – none of which would be possible if there really was an All-India lock down.

Indian economy struggles with one hand strapped behind its back

The problem is agriculture, government and related services contribute just one half of the economy. The other and more productive one half, comprising the private sector industrial and commercial business sadly remains shuttered.

A zero tolerance for loss of life through COVID, shall constrain full economic activity before June end. By then more than two months of lock down would have been completed. The heat may have seared away the virus by then.

Alternatively, the death toll from untreated other diseases, presently not a priority, might divert public attention from COVID and by popular consensus we might move to a less locked down mode. 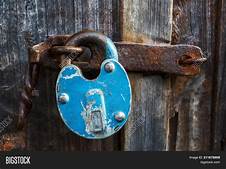 The problem is, administrations like economic lockdowns because it reduces their accountability to citizens whilst increasing their discretionary and rent seeking powers, especially if a presumption of criminality is attached to violating lock-down rules.

We had an economically locked down India prior to 1991. Some Indian businesses fared very well as did the public sector and government servants, all of whom were free to roam the World. It took a lot of political capital to reduce the economic lock down then. It will be much harder this time around. By extending the lock down, the BJP has come full circle and become more Statist in their approach than the CPI(M).

State governments have cut their noses to spite their faces

Possibly, the real reason for the extended lock down is the fait accompli presented by the non-BJP ruled states – West Bengal, Maharashtra, Punjab, Rajasthan, Orissa, Telangana and even BJP ruled Karnataka -all of whom wanted to pre-empted the PMs move with their own lock down extensions till April 30 possibly hoping to buy into the after-glow of the BJPs “strong government” brand. But the BJP was not to about to be cheated of its glory. Bizarrely, the national lock down has been extended beyond the announced state lock downs by a mere 3 days. This will prompt the states to imitate the central schedule demonstrating yet again the Union government is boss.

The significance of May 3

So why May 3? That would make it a 19-day lock down – the earlier one was 21 days. Nothing special comes up in a Google search except that the first full length Indian movie “Harishchandra” was released on this date in 1913 – it can’t be that. The BJP does not watch old movies.

It’s a Sunday. That could be a good reason but too pedestrian. If the convenience of the middle class – which at one time was the core base of the BJP – was a consideration, a day earlier on Saturday would have been better, so that Sunday could be a shopping day and back to work on Monday.

Most likely, the date was chosen because in 1939 Netaji Subhash Chandra Bose launched The Forward Block. Paying obeisance to this national hero from Bengal, makes sense given the looming, hotly contested state elections.

We will never know for sure till we know. But what is for sure is that Indians – at least us ordinary ones – should prepare to shed our habitual disregard for rules and be dragged, kicking and screaming, into a hi-tech, high surveillance, high compliance and hopefully a more effective, big government State.