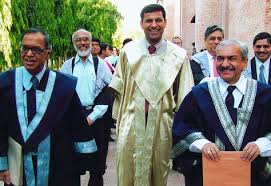 First, like Dr. Manmohan Singh before him and unlike every other Governor of the Reserve Bank, Rajan became governor at the “tender”, almost youthful age -by Indian metrics- of just fifty years. This is a tribute to his compelling competitiveness for the position. But more importantly, this means he is likely to have a long professional after-life, once he stops being Governor, just like Dr. Singh.

But unlike Dr. Singh, Rajan is keeping his professional options open in case his term is not extended in September 2016. Of course, Rajan is not the first RBI Governor to contemplate an after- life out of public office. I. G. Patel, who also became the fourteenth Governor of the RBI at a relatively young age, went on to head the IIM Ahmedabad and then the London School of Economics. He is also reputed to have declined the offer to become Finance Minister in 1991.  But such instances of daring to dream beyond everlasting public office are rare. 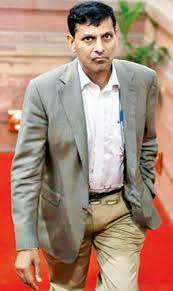 Second, Rajan, unlike all his predecessors, did not come to the Governor’s office via the serpentine pathways of the extended public sector. Instead, like millions of upwardly mobile, middle class Indians of his generation, he earned his spurs in the US, in academia and then in the International Monetary Fund – where merit means having the capacity to challenge the established status quo with evidenced, sensible and better policy options.

Mission: To perturb, not preserve, the status quo for equitable growth

Perturbing the status quo is not a quality held in high regard in the backward looking Delhi Durbar. Here, precedent and incremental change- often mistakenly equated with policy predictability – command a premium. Rajan stands out for his impatience with an India, known perpetually for its potential but with an unendingly, shoddy present. Worse, he speaks out against a financial system, which has traditionally encouraged crony capitalism; been cavalier with the rights of the poor and constrained, rather than freed, India’s abundant animal spirits.

Tactics: Unafraid to work only for public interest

Third, Rajan’s single minded pursuit of macro-economic stability – read low inflation- in an increasingly uncertain world, marks him out as an outlier. The dominant, albeit convenient, consensus in India, is that we can simply spend our way out of an economic downturn, without feeling the pain of the structural reforms, which underpin sustainable and equitable growth. This is understandable, because inflation doesn’t really bother Imperial Delhi, Mercantile Mumbai or Harit Hapur- the triumvirate which moves India.

After all, babu pay and pension is 100% indexed to inflation, so why worry? Inflation doesn’t bother corporate India either. It pushes real interest rates into negative territory; reduces the cost of servicing debt and makes fresh borrowing cheap. Nor does inflation bother big farmers. The cereals or sugarcane they produce are sold on a cost plus price fixed by government. Never mind, that inflation is a silent killer – of daily wagers in the unorganised rural and urban sector, who have to eat one roti less, to make do and the lower middle class and the aged, who see their savings go up in smoke.

Fourth, by making available private bank licenses on-tap for eligible entities, Rajan displays completely Un-Indian haste in throwing away executive discretion in favour of transparency. By disciplining banks and forcing them to clean up their balance sheets, Rajan is exceedingly Un-Indian. He hits at the roots of the cozy relationship between politics and corporate money, which dates back to the Freedom Movement.

Market value: Options on both sides of the Indo-American universe

Lastly, Rajan’s ultimate betrayal of Bharatiyata is that he holds a Green Card, which entitles him to permanent residence in the US. Even worse, he wants to hang onto that privilege, if he gets a second term as Governor, post September 2016. Should he not have reciprocated his everlasting gratitude to the nation, on being appointed Governor, by tearing up his Green Card? Certainly, it would have been a grand gesture of his long term commitment to India, had he done so. But in a democracy, contractual obligations are determined by the law, not sentiment.

Attitude: Professional not a supplicant

But most galling is that by hanging onto his Green Card, Rajan displays a very Un-Indian desire to seek a second term, not as an abject supplicant but as a professional, on terms, which are mutually acceptable between him and his employer – the Government of India. Of course this is never-before-seen arrogance, by the standards of the public sector, where applicants must wait cap in hand, for the chance to serve.

The upside, in this otherwise grim tale, is that Rajan’s approach is the only way we will ever have a professional, merit based bureaucracy, working in public, rather than narrow political interest. The internationally recognized system of contractual, senior public service appointments, has never found salience in India because politicians fear losing control over a pliant bureaucracy. Contractually appointed professionals, like Rajan, can say no, because they have market based options, outside the public sector.

But, consider also, that the hordes of expatriate Indians who throng Prime Minister Modi’s meetings overseas, are similarly Un-Indian, like Rajan, because they value competition and choice above embedded entitlements.

Guess what, 97% of the workforce in the Indian private sector are also Un-Indian, like Rajan, because they have no secure, life-time tenures. They face the test of competitiveness, on a daily basis. 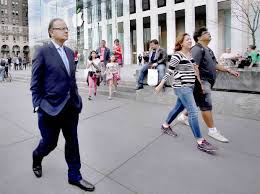 In fact, even Finance Minister Arun Jaitley might also be Un-Indian, under his very Indian clothes. After all, he does seem to be quite comfortable with Rajan and birds of a feather flock together. But, then again, perhaps not. After all, Jaitley’s Hindi is impeccable, whilst no one has ever heard Rajan speak in Hindi. Field Marshall K. M. Cariappa, India’s first commander-in- chief of the army, couldn’t speak in Hindi either. When berated by the entho nationalists of his time, he riposted, that he made up for not knowing Hindi by having a dil (heart) which was “ek dum Hindustani”. Surely, so is Rajan’s and that should be good enough. 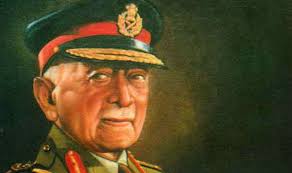